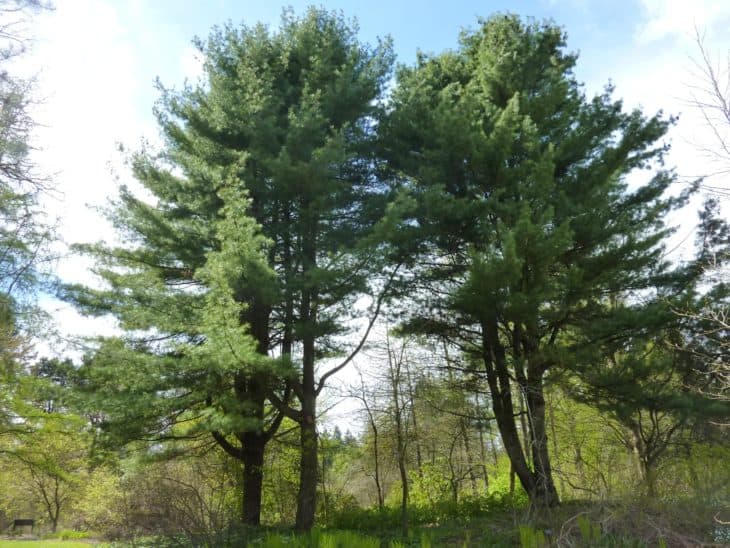 When it comes to trees that are native to Tennessee, there are both types that are found frequently in home and commercial gardens, and types that many people know little about. Some of the many trees found in the state include the oak, dogwood, poplar, and maple; while less-common native trees include the buckeye, serviceberry, pawpaw, and redbud, among others. As you can see, you have plenty of types of pine trees to choose from if you are planting trees anywhere in Tennessee.

Pine trees are coniferous and get quite large. They also live for up to 1000 years and have four different types of leaves, although the needles are the most-common type as well as the type most familiar to people. One of the biggest advantages of the pine tree is its wood, which is very hard and sturdy, and this is one of the reasons pine wood is used in so many different furniture-making and construction projects.

Most pine trees have thick and scaly bark, as well as both male and female cones. The seeds inside these cones are usually small and winged, and they are often used as food sources for wildlife and sometimes even humans. The needles grow in groups of one to seven, and the state of Tennessee is home to five types of pine trees, listed below.

The Eastern white pine has needles that produce new growth every summer, and its seed cones are long and slender. Although they typically get up to around 180 feet or a little smaller, some Eastern white pines have been known to grow to 230 feet, which makes this a very elegant and regal-looking tree regardless of where it is located.

The main uses for the Eastern white pine include furniture, construction projects, ship- and barn-building, and even some artwork. Because of its durability, it is considered a very versatile type of wood for many types of projects.

If you researched the most common tree in the United States, it would be the red maple, but it’s followed by the number-two spot, which is the Loblolly pine tree. This tree gets up to roughly 115 feet high and is found mostly in wet areas such as lowlands and swamps. The needles grow in groups of three and the cones eventually get up to five inches long.

The Loblolly pine tree is indeed impressive. In fact, the tallest one is nearly 170 feet high and is located in the Congaree National Park in South Carolina.

Pitch pine trees can get anywhere from 20 to nearly 100 feet tall, and they are very common in the northeastern part of the United States. It has branches that twist and a trunk that is shaped irregularly, which is why its commercial use is often limited. It also grows very fast for the first few years and has needles that grow in groups of three.

Again, because of its oddly shaped wood, this tree is only used for building items such as ships and railroad ties.

Although not one of the tallest pine trees in existence, the shortleaf pine can get up to 100 feet high and has a trunk that gets up to nearly three feet in diameter. It is found mostly in the eastern part of the country and in some parts of the southwest, and it is a very sturdy tree because of its ability to grow in various areas and many different types of soil.

The Shortleaf pine tree is popular throughout the eastern part of the United States and some parts of Texas and Florida. This tree is used mostly for plywood veneer and lumber, and it often has an oddly shaped or irregular trunk.

Found mostly in the Appalachian area of the United States in states such as Virginia, Georgia and Tennessee, the table mountain pine is a type of white pine tree and usually grows no taller than 40 feet. The needles come in bundles of two and the cones have short stalks and practically no seeds. The cones are usually a yellow to pale pink color.

Also known as the prickly or hickory pine tree, table mountain pine trees adapt very well to dry conditions, which is one of the reasons they are often found on rocky slopes and similar locations.