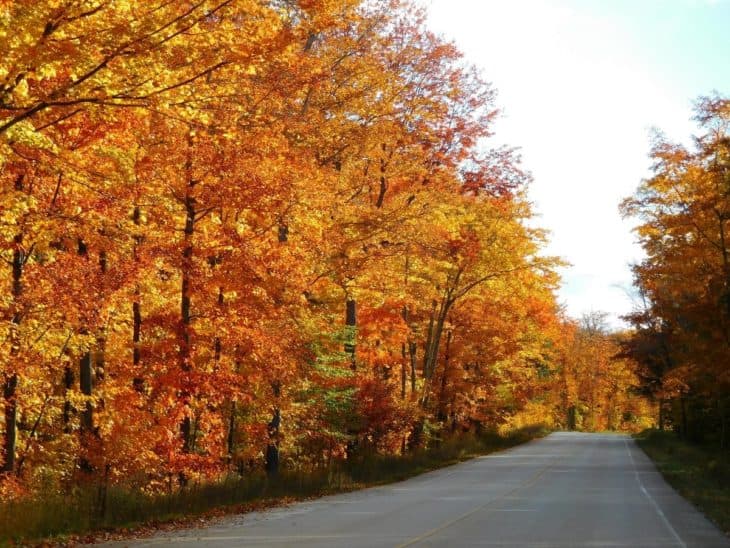 If you’re a nature-lover, being in Maryland is something you’ll enjoy. Thanks to the many types of habitats found in the state, you’ll find a lot of different types of trees there as well. In fact, the largest oak tree in the state, until it was felled in 2002, was a whopping 96-feet tall, had a circumference of 31-feet, and had a trunk that weighed more than 60,000 pounds!

The state of Maryland consists of nearly three million acres of forested land, with more than 40% of the state covered in these forests. Oak-hickory forests are the most predominant, but the state is also home to trees such as the walnut, hazelnut, willow, birch, elm, cypress, and maple trees, to name a few.

Maple trees are large, very sturdy trees, and they do far more than just provide sap for the making of maple syrup. Indeed, the wood of most maple trees is very hard and can be used to make items that include baseball bats and furniture, to name a few. There are, in fact, dozens of uses for the wood of maple trees.

If you’d like to find out more about the maple trees found in Maryland, keep reading because the details are below.

Found mostly in the eastern and central parts of the United States in states such as Michigan and Illinois as well as the southeastern part of Canada. This deciduous tree grows quickly but not very tall. In fact, it averages only 36-49 feet in height. The tree is also found near water areas such as wetlands and waterways, which is one of the reasons it is also known as the water or swamp maple.

The wood of this tree is used to make wood pulp, lumber, crates, and tool handles, and the leaves have five lobes and tend to fall off the tree before other types of maple trees do.

Also called the soft maple, red maple trees get up to 100 feet high, and they are easy to grow because they adjust to a lot of different site and soil conditions. This is why they are so often found in large public areas such as gardens and parks all over the eastern part of the United States, for example North Carolina, Tennessee and Kentucky.

The wood of the red maple tree is used mostly to make musical instruments, veneer, and many types of furniture, and of course, the sap is used in the production of maple syrup, which should be a surprise to no one.

Not only does the sugar maple tree have some of the most gorgeous leaves in the fall, but it is also the main tree used to make tasty maple syrup. It grows to roughly 115 feet tall, making it a majestic tree indeed, although on some occasions it has been known to grow to 150 feet.

The sugar maple tree has eight-inch-long leaves with five lobes and which come in colors such as yellow, orange, and bright orange-red in the fall. Frequently found in public parks and gardens, this is a beautiful, very large maple tree that is certainly an eye-catcher.