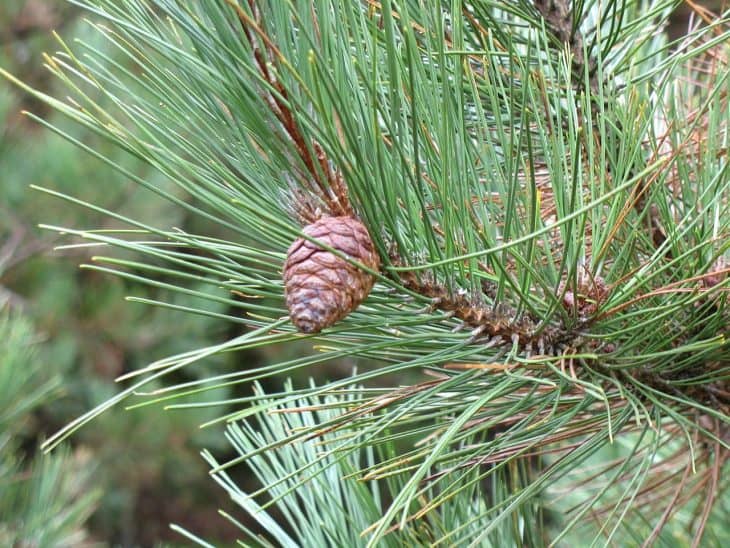 Evergreen trees such as pines are prevalent in Wisconsin, and they offer beautiful green color, even in the winter when the rest of the world is brown or covered in snow. It isn’t just humans that appreciate them, because animals from birds to deer love to eat their seeds.

There are over 100 species of pine trees, but the most common ones in Wisconsin include the Jack, Red or Norway, and Eastern White pine trees. Pine trees are evergreens that can reach from 50 to 150 feet in height. They also live a long time; on average, they live from 100 to 1,000 years.

One species of pine trees, called the Methuselah, have been known to live more than 4,500 years, and it is found in the White Mountains of California. The bark of the pine tree can be either thin and flaky or thick and scaly.

Pine trees generally have four types of leaves, and they grow in this order: seed leaves, juvenile leaves that are usually green or blue-green, scale leaves that are small and brown, and the needles, which are green. The needles can stick around for up to 40 years.

Growing Wisconsin pines isn’t that difficult if you know the basics, which include well-drained soils and a preference for sandy and slightly acidic soil. Below are some of the most common pine trees found in this part of the country.

Grown mostly in northern Wisconsin where there is lots of sandy soil, Jack pines are unique because the cones will open and release seeds after a fire has occurred or when the sun gets especially intense. The tree itself is conical in shape and has a cone-like form.

Jack pines grow 50 to 70 feet in height, but have small trunks that usually grow to no more than two feet in diameter. The bark is dark-brown and has small scales and indented lines, called furrows. You can find dead branches from the top of the tree to the bottom.

Needles on the Jack pine tree are yellow-green or dark in color and have very sharp points. They are one inch in length and grow in bundles of two. The cones are roughly one and a half inches long and brown in color, with a wide base and a rounded narrow end.

If you’re curious about the wood that comes from pine trees, it is usually a light and soft wood. Pine wood is used mostly for pulpwood to make paper, but it can also be used to make lumber and material for boxes.

When the Jack pine trees are barren, these Wisconsin pines become home to animals such as snakes and insects. Black bears use the trees to snuggle in the shade they provide, and porcupines and deer are attracted to them to browse on the plants.

The seeds in the cones are small and shaped like triangles, and they are often carried far away whenever there are strong winds in the area. The cones that hold the seeds often won’t open for many years, but instead remain on the branches.

At a height of 80 to 120 feet, the Red pine tree is a stately tree that everyone will notice. The trunk gets to roughly two to three feet in diameter, and it has large bark that is reddish-brown in color and which forms on the trunk as the tree ages.

When you look at the needles, you’ll notice they grow in groups of two and are four to six inches in length. They are dark-green in color and, therefore, very attractive. The cone is purple in color and can get to roughly two inches in size, and it has indented, flat scales.

Like all Wisconsin pines, the cones of the Red pine tree take a full two years to mature. In this state, Red pines can be found in both northern Wisconsin and as far south as Dane County. Red pines do well in the forest because they are disease-free and pests don’t like them.

As far as the wood goes, Red pine is pale-red with white sapwood. It is mostly used as pulpwood to make paper products, but it can also be used to make lumber for construction projects and pressure-treated poles.

Found in nearly every section of Wisconsin, the Eastern White Pine tree can grow up to roughly 100 feet in height, making it quite a majestic tree that is certain to be noticed. The bark starts out thin and greenish-gray in color, but gets thicker and grayer as it ages.

The larger white pines have diameters that are quite impressive, getting up to roughly five feet in diameter. This makes them quite majestic and eye-catching, so this is one tree that is easy to show off to others.

Like other Wisconsin pines, Eastern White Pine trees prefer sandy soils that are well-drained, as well as rock ridges. Fortunately, this is easy to find in Wisconsin, which is why these trees are so prevalent in this part of the country.

With a straight stem and a shape like a pyramid, the Eastern White Pine tree has soft needles that are greyish-green or bluish-green in color. They grow in groups of five and are usually three to five inches long. The cones are four to six inches in size and each contain two small seeds.

The cones also take two years to mature and usually reach full maturity in August or September. The wood itself is light and soft and is usually used to make matches, cabinets, windows, wooden craft items, and even interior woodwork.

You can also tell when the air quality in the area is poor because these pine trees will become damaged whenever there is a lot of air pollution. Yet other uses for Eastern White Pine include lumber, Christmas trees, holiday wreaths, and herbal teas when you use the needles themselves.

Many other states use the Eastern White Pine tree as their state tree or flower, including Maine and Michigan. Since it is fairly resistant to fires, this tree can be used to reseed areas that have been burned by fires. They are prone to damage by certain pests, including blisters and weevil rusts.