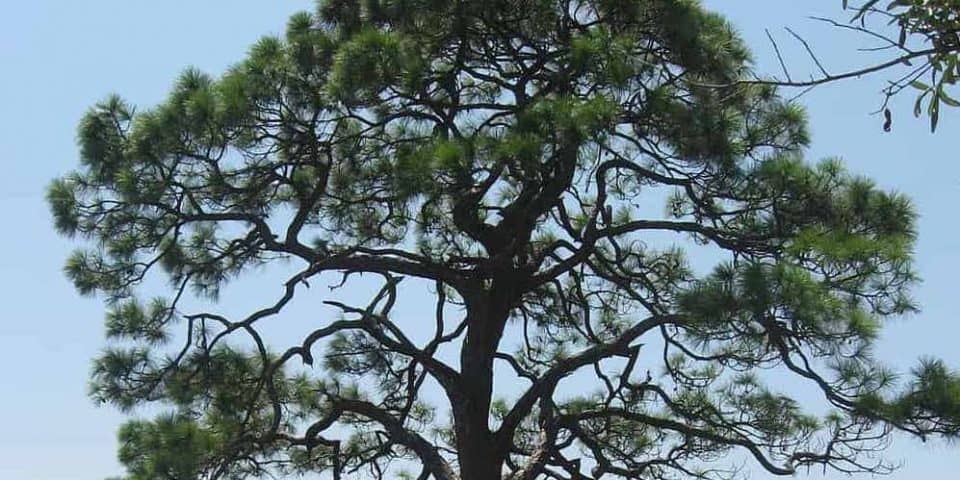 Thanks in part to the amount of sunshine it gets, the state of Florida is home to dozens of different trees that are found throughout the entire state. These include trees such as the sugar maple, cottonwood, beech, holly, birch, and of course, the pine tree. In fact, Florida boasts a total of nine different types of pines so if you love pine trees, this is the place to be.

Part of the evergreen family, pine trees usually grow to be about 150 feet tall, although they have been known to get as high as 260 feet in some cases. They have four different types of leaves, which include needles, and the types of pine trees found in Florida are listed below.

The loblolly pine tree is the second most-common tree in the United States, with the first one being the red maple. It is native to the southeastern part of the country and is often found in lowlands and swampy areas. Growing to roughly 115 feet high, the needles grow in groups of three and the cones are roughly five inches long.

The largest loblolly pine tree is found in Congaree National Park and is a whopping 169 feet tall. The seed cones of the tree are pale brown once ripe and are a little more than two inches in width.

This tree is native to the southeastern United States, but extensive logging has reduced the size of it. Once known to get up to 150 feet high, it now grows to only 115 feet, and it has a circumference of roughly 30 inches.

If you travel throughout the southern part of the country, you’ll see this type of pine tree frequently. Its wood is resinous and yellow in color, and it doesn’t rot, which is one of the reasons it is frequently used for flooring in upscale homes.

Also called the marsh pine tree, this tree has needles growing in groups of three or four and which get up to eight inches long. The tree itself is irregular in shape and grows to roughly 70 feet high. As you can probably guess by its name, the tree is found mostly in wet habitats close to bays, swamps, and of course, ponds.

The pond pine tree has small, round cones, and one of its unique features is its ability to grow needles directly from its trunk.

Also called the Florida spruce or scrub pine, the sand pine is found mostly in western and central Florida and into Alabama. You can find sand pine shrubs that get to roughly 33 feet high and the tree itself, which gets to around 70 feet in height.

The word “clausa” means closed, and the cones on the sand pine remain closed for many years at a time. Because of branches that are too dense, this tree’s wood is never used in construction, although it is sometimes used for wood pulp. It is also a tree that grows easily in hot and sandy areas.

Popular throughout the eastern United States, the shortleaf pine tree can also be found in parts of the southwest and can reach heights of up to 100 feet. It has a trunk that is nearly three feet in diameter, and it can grow in many types of soil, making it a very sturdy tree indeed.

Since the shortleaf pine tree often has a trunk that is irregular or oddly shaped, its wood is used only for things such as plywood veneer and wood pulp.

Some of the many uses for slash pine wood include naval store products and timber for turpentine, but it is also used for its resin. The tree grows fast but only lives around 200 years, which is a shorter period of time than many other pine trees. It has glossy needles that are quite large and brownish-red in color.

The two main types of the slash pine tree are the elliottii type, found from central Florida to South Carolina; and the densa type, which is found in south Florida.

Spruce pine trees grow from 65 to 130 feet in height and grow very straight and erect. Its needle leaves are slender, glossy, and dark green in color, and they grow in bundles of two. Unlike many other pine trees, the spruce pine adapts well to shady conditions, which means forests filled with this tree are beautiful and thick.

You can find spruce pines from South Carolina to south Florida, and as far west as southern Louisiana.

The Japanese black pine can get up to 130 feet in height. Its needles are long and often pointed, and they grow in groups of two. This is a salt- and pollution-resistant tree and therefore, you can find it in numerous habitats. In addition, the tree can be trained as a bonsai tree, although it usually takes a few years to accomplish this.

The Japanese black pine tree also has male and female cones that look different from one another, as well as bark that starts out gray and turns dark black when the tree matures.

Getting up to 60 feet tall, you can often find Virginia pine trees in Christmas tree lots because people love them at Christmas time. They can also be called a Jersey or scrub pine, and the wood of the tree is used from lumber and wood pulp, among other uses.

The tree provides nourishment for a variety of wildlife, and it has short yellow-green leaves. In addition, one of the reasons the wood is so useful is because the older the tree gets, the harder the wood is.