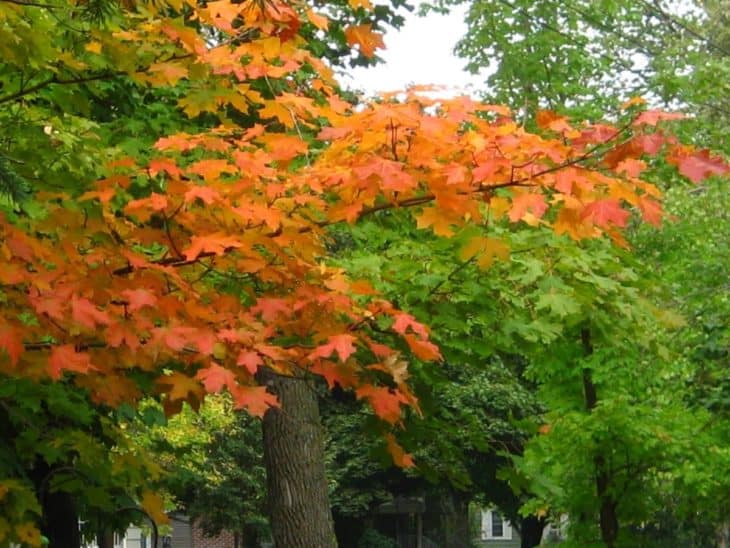 When people think of Minnesota, a lot of them think of the cold weather there, so it surprises some people to learn that there are tons of beautiful trees throughout the state in all types and sizes. In fact, one-third of the state is covered in forests filled with trees, and the state has more than 50 native trees to enjoy.

The forests in Minnesota are places to be enjoyed by its citizens and are home to fish-filled lakes, hiking trails, and of course, lots of trees. Not only do trees supply oxygen and help filter drinking water, but they are also a great way to beautify yards, public parks and gardens, and dozens of other outdoor areas.

Some of the most common trees in the state of Minnesota are deciduous trees such as maples, ashes, and oaks; coniferous trees such as pines and firs; and other native trees that include black willows, butternuts, white spruces, hemlocks, American basswoods, and Kentucky coffee trees, among many others.

If you’re interested in learning more about the maple trees in Minnesota, below is a description of them.

Sugar maples, or rock maples as they are sometimes called, are the main tree used when making maple syrup. They grow to around 115 feet high and have some of the most beautiful leaves during the fall season. Some sugar maples get to around 150 feet tall, so these are very eye-catching trees indeed.

The sugar maple tree has five-lobed leaves that get to around eight inches in length, and their fall colors include yellow, orange, and bright orange-red. Their glowing colors can often be found in urban areas that brighten up the area and lend it some ambiance.

Red maple trees are the most abundant native trees in the eastern part of the United States, and some people call them soft maple trees. They usually get to around 100 feet high and have leaves with different forms. Because the tree is able to adjust to different site conditions and types of soil, it is a very sturdy tree.

The red maple tree also has a massive root system, which makes it perfect for planting in more urban areas. The wood of the tree is used for everything from musical instruments to furniture and even the veneer industry.

The silver maple — also called the swamp, silverleaf, or water maple — is very common in the eastern and central parts of the country, and even in parts of southeast Canada. It grows fast and usually gets from 36 to 49 feet high.

The reason it is called the swamp or water maple is because it is almost always found near wet areas, including wetlands and waterways.

Silver maple trees often shed their leaves sooner than other maple trees, and the wood is used to make items such as crates, tool handles, and lumber for construction projects.

Also called the ash-leaved maple, this tree is short-lived but grows very fast. It grows to roughly 35 to 80 feet in height and lives 60 to 100 years, which is considered a short time when compared to many other trees. Native Americans have used the box elder maple for numerous purposes, including burning the wood for incense and as candy when the sap is mixed with certain animal hides.

In addition to these uses, the wood from this plant is used for fiberboard and even pens, bowls, and stemware, among other things. It is a relatively soft wood that is close-grained and light in color, so it is not able to be used for certain things that other types of harder wood can be used for.

In addition to Minnesota, the Box Elder Maple is also found in Iowa and Indiana, as well as many other states across the USA and Canada.