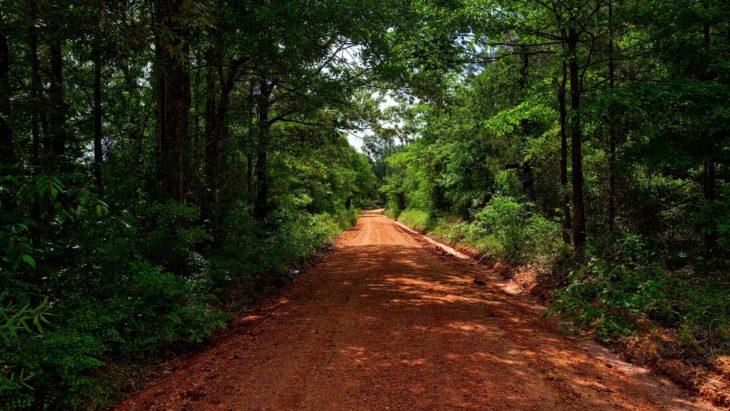 Because nearly 70% of the land in Alabama is forested, you’ll see a lot of trees when you visit the state. Indeed, with nearly 23-million acres of forested land, you’ll never run out of trees to look at regardless of how long you’re there. Alabama is home to six prevalent types of maple, described in this article.

The maple tree is a strong tree that produces hard wood and gains beautiful foliage every fall. Whether you’re a homeowner looking for a shade tree for your yard or a city manager looking for gorgeous trees to show off in the fall, choosing maples trees is always a great option. They are also easy to grow, in part because they are both drought- and shade-tolerant.

From palm trees to walnut trees and ash trees to willow trees, everyone can find a tree type they love while in Alabama, and you’ll never have to look far to find it, and if you’re looking for information on the maple trees found there, keep reading.

Sometimes called the ash-leaved maple, the box elder maple tree lives 60-100 years, which isn’t very long compared to many other trees. It does grow fast, however, and can get from 35 to 80 feet tall. At one time, Native Americans combined the sap with some animal hides and ate it like candy, and they also burned the wood and used it as incense.

Although not as hard as some other types of trees, box elder maple tree wood is sturdy enough to make fiberboard, pens, bowls, and stemware, to name a few. It is a close-grained wood that is an attractive shade of yellow in color.

The Chalk maple tree is so named because its bark turns light gray or even chalky white once the tree matures. Native to the southeastern part of the United States, the chalk maple tree is small compared to other types of maples, getting to only around 30 feet tall or smaller.

Chalk maples look a lot like Florida maples except they have smaller sizes and bigger leaves. Because the chalk maple tree is very drought- and shade-tolerant, nearly anyone can be successful at growing them. It’s commonly found in Alabama and North Carolina.

Also called the silverleaf, water, or swamp maple, this tree is found mostly in the eastern and central parts of the United States such as Michigan and Tennessee, as well as the southeastern part of Canada.

Silver maple trees are found both in the central and eastern parts of the United States and the southeastern part of Canada. It grows 36-49 feet high and grows fairly fast as well. In addition, they are called also called water or swamp maples because they tend to be found in water-soaked areas such as waterways and wetlands. Yet another name for this tree is the silverleaf maple.

With five-lobed, gorgeous leaves that often shed faster than other types of maple trees, it consists of wood that can be used to make tool handles, crates, and lumber, not to mention wood pulp used to make paper.

The red maple has a massive root system, which makes it grow very well in urban and more spacious areas. Also called the soft maple, it grows up to 100 feet in height and has leaves of many different shapes. It is also super-easy to grow, thanks to its ability to accommodate a variety of site and soil conditions.

The wood of the red maple is perfect for making items such as musical instruments and furniture, as well as others. Naturally, it is used to make yummy maple syrup as well.

Not surprisingly, the sugar maple tree is used more than any other type of maple tree in the making of tasty maple syrup, but it offers other perks as well. The tree has some of the most gorgeous leaves of any maple tree, which come out in full force during the fall months. The stately looking tree can grow up to 150 feet in height, although the vast majority of them are roughly 115 feet tall instead.

The sugar maple tree has leaves with five lobes and which are eight inches long, and their fall colors include orange, yellow, and bright orange-red. These trees are common in areas such as public parks and gardens, especially because they are easy to grow and extremely attractive.

The Japanese maple tree gets as high as 52 feet tall, but there are also Japanese maple shrubs you can buy that get 20-33 feet high and are therefore smaller. They are also called Red Emperor maple trees, and the trunks of the trees can actually join together once they get close to the ground. With large leaves that are five inches long and five inches wide, they can have either five, seven, or nine pointed lobes.

With three subspecies of this type of tree, the Chinese have used the branches and leaves of this tree for centuries for different medical ailments and conditions, so it is a very versatile tree indeed. Its cultivars include the Crimson Queen, Emperor 1, Burgundy Lace, and Little Princess, among others.