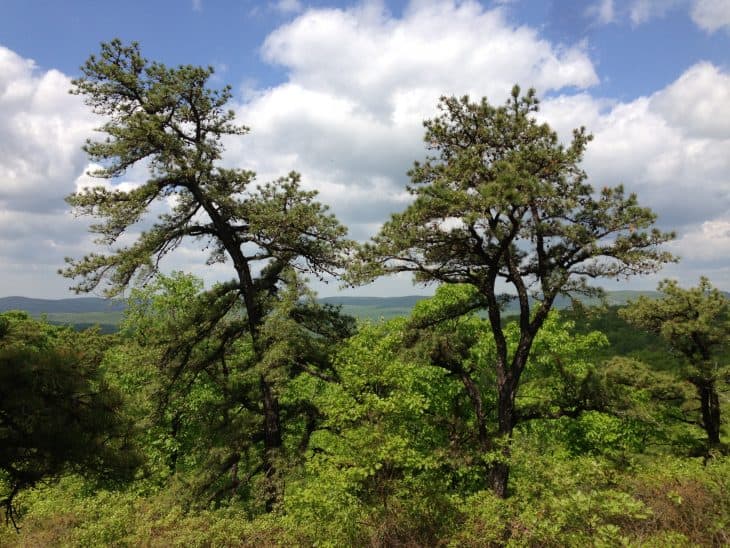 The state of Minnesota has more than 50 different types of native trees and this includes the spruce, hemlock, cedar, eastern larch, fir, and pine. In fact, trees and forests make up roughly one-third of the terrain in the state, making trees a very important part of its history and its survival.

Pine trees are just some of the coniferous trees found in Minnesota, the others being the cedar, Balsam fir, spruce, hemlock, and the tamarack, which is also called the American or eastern larch.

The average pine tree is roughly 150 feet tall, but they can get as tall as 260 feet in height. They typically live from 100 to 1000 years and although they are known mostly for their needles, they have three other types of leaves as well.

Pine trees can be found throughout most of the state of Minnesota; in fact, the state considers its trees to be very important. Trees help filter drinking water, keep temperatures moderate, and provide beautiful playgrounds and rest areas for the state’s many residents.

There is a total of three types of pine trees that can be found throughout Minnesota and below is a description of each of them.

With long slender cones and needles that produce new growth every summer, the Eastern white pine is typically around 180 feet tall or shorter, although some have gotten up to 230 feet. The wood of this tree is used for everything from ships to barns and furniture to construction projects, so it is a very versatile wood indeed.

Red pine trees grow to a maximum of 140 feet and the bark changes colors depending on the section of the tree, which makes it unique among pine trees. The needles grow in groups of two and are a yellow-green color, and some of the colors for its bark include a grayish-brown and a bright orange-red, among others.

Pitch pine trees grow quickly in their first few years of life, giving their owners something to get excited about. They have needles that grow in bundles of three and usually do not grow very tall, with the maximum being only 100 feet. One of the things that make this tree unique is that it grows in irregular and sometimes twisted shapes, which means the wood is used mainly for building ships and railroad ties and not for construction or lumber.