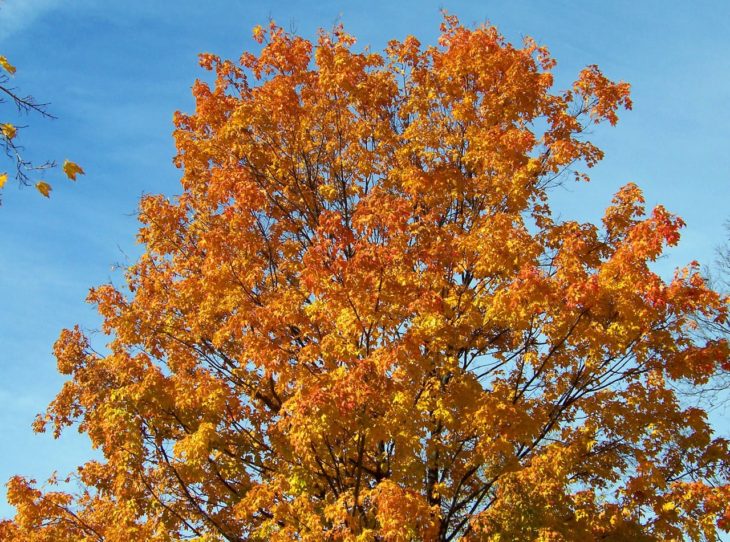 The northeastern United States has some of the most beautiful trees in the country, and the state of Maine is no different. In Maine, more than 80% of the land consists of forests, making it a great place to visit if you want to look at some gorgeous trees, not least maple trees.

Some of the most common tree types in Maine include the birch, pine, oak, beech, and maple. There are, in fact, three types of maple trees in Maine, which are described below. Maples make great shade trees because of their size, and this is definitely one tree you don’t want to miss seeing in the fall when the beautiful leaf colors can be seen everywhere.

Between its 32 state parks and their national park – which is the only national park in the northeast – the state has a right to boast about its beautiful trees, and you can keep reading if you’d like to know more about the maples that grace the entire state of Maine.

As the most common maple tree used to make maple syrup, this is a very important tree indeed. It is also called the rock maple and gets up to 115 feet in height, although on rare occasion you can find one that is 150 feet high. It also has some of the most beautiful leaves of any trees that show off in the fall, with colors that include yellow, orange, and bright orange-red.

The leaves of this tree have five lobes and get to around eight inches in length. The tree is both easy to grow and gorgeous, which is why it is commonly found in large public areas such as parks and gardens.

Although the box elder maple tree grows fast, it only lives 60-100 years, which is a short time compared to other tree types. It gets up to 80 feet in height and was used by Native Americans at one time, including for incense and even candy.

Although the wood from the box elder maple tree is relatively soft, it can still be used to make items such as fiberboard, pens, stemware, and bowls, among others. The wood is also close-grained and light in color.

As some of the most common trees in the eastern part of the United States, the red maple is also called the soft maple, although the wood is sturdy enough to make items such as musical instruments and furniture. It gets up to 100 feet high and has leaves with various shapes. In addition, it can accommodate most soil and site conditions, making it a tree that is easy to grow.

Because of its massive root system, the red maple does very well in large, spacious urban areas, and like other maple trees, it is used in the production of tasty syrup.