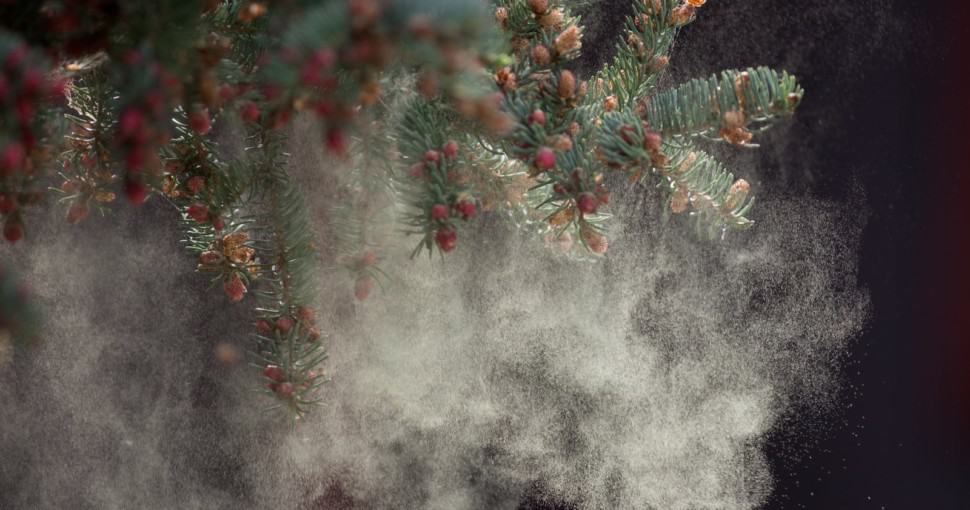 Suffering with allergies is never any fun. While people can often avoid the things that are causing those allergies, what if the allergen is the trees outside? Tree allergies can be severe, but learning the types of trees that cause allergies most often can be a good way to ease those allergies a bit.

Allergies caused by trees are due to the pollen from those trees. Pollen is a very fine powder that trees – as well as plants, flowers, and so on – spread when they are trying to fertilize plants that are the same species as they are.

When people breathe in this pollen, which is usually too small to see, some of them can have an allergic reaction. Why? Because their immune system mistakenly thinks that the pollen is an intruder, and it reacts by producing chemicals to help fight against that intruder.

For most people, their immune system doesn’t react to the pollen, but for those people whose immune system may be compromised or weakened, this negative reaction is sometimes produced.

Different trees are commonplace in different parts of the country, and some of these trees tend to make tree allergies worse than others. There are things people can do to ease their allergies, but they have to know what those trees are first.

The Worst Trees for People with Allergies

There are lots of trees that cause allergies, but here are some of the most common ones:

In reality, any tree can cause allergies, but these are the ones that seem to do so the most. The reasons some of these trees cause worse allergies than others involve many things, including where people live, the weather in that area, and even the person’s own immune system.

If the trees in a person’s yard aren’t on this list, that doesn’t mean they won’t get allergies because there are still other trees that cause pollen-related allergies, including less common trees such as box elder, mountain elder, cottonwood, and aspen.

Another thing allergy sufferers need to keep in mind is that they may also suffer with allergies just by eating certain foods, including fresh fruits and vegetables. The reason is because the protein structures in certain foods is the same as it is in certain types of pollen.

Some of the most common foods that cause this oral allergy syndrome include carrots, celery, kiwi, plums, coriander, fennel, cherries, and hazelnuts, among others.

Types of Trees to Avoid for Allergies

People who suffer with tree allergies should know which trees to avoid, and in short, this means looking at the “sex” of the tree. There are both male and female parts to a tree, and the one that triggers most allergies is the male parts. Two main types of trees include:

So, people who already know they have allergies to trees should stay away from dioecious male trees, which include male ash, male boxelder, hickory, pine, oak, birch, alder, sycamore, and elm.

Trees that will cause fewer allergies

For people who are looking for trees to plant that will cause fewer allergies, here are a few for them to consider:

This is yet another reason why choosing trees with lots of flowers tends to produce less pollen than choosing trees without any flowers. In essence, it’s just a matter of learning what type of tree to choose so that allergies are much less severe.

Why Are Tree Allergens So Bad?

Pollen is fine and powdery, so it can get all over everything. It can also travel for miles in many instances, so the more trees that are in the area, the worse it is for people in that area who have allergies to tree pollen.

Even worse, it only takes a small amount of pollen to get many people sick, which means it is nearly impossible for those people not to suffer with their allergies when the tree pollen is out in full force.

In addition, many people naturally assume that if they have flowering trees in their yard; for example, apple or cherry trees, the pollen is going to be worse. This is usually not the case, however. Flowering trees tend to have heavier, stickier pollen that usually sticks and doesn’t blow away in the wind.

On days that are windy and warm, pollen will usually blow around more, causing people who suffer with these types of allergies to feel worse.

Allergies are never pleasant, and allergies to trees can produce itchy or watery eyes, stuffy nose, and sneezing. Unfortunately, many people suffer with allergies all year long, although when it comes to tree allergies, many others suffer only when the trees are blooming.

The bad news is, once people develop an allergy to a certain tree or plant, it is very unlikely that the allergy will go away. The good news is that these symptoms can be treated with allergy medication, allergy shots, and other methods.

Most people can easily keep track of when their allergy symptoms will arrive. For instance, people allergic to birch pollen will have symptoms in the spring, while those allergic to ragweed will suffer most during the late spring and early fall.

Other symptoms that may occur in people suffering with pollen allergies include:

People who suffer with these allergies generally know what time of year they’ll be suffering the most, and they don’t have to get up close to the trees just to be affected by their pollen.

Birch pollen, for example, can travel up to 100 yards away from the parent tree, and since birch trees can release up to five million pollen grains every year, even people far away can be affected.

Both birch and oak trees release their pollen in the spring months, and oak pollen tends to stay in the air for longer periods of time, which means people with allergies to oak pollen may be suffering for quite a while.

Can People Minimize Their Symptoms?

For people who pay attention to the pollen count each day, they usually find that days that are colder or damper usually have lower pollen counts. Windier, drier days allow the pollen to stick less and therefore blow through the air less.

Of course, people cannot stay indoors every time the pollen count is high or the humidity is below a certain level, which is why most of these people have only a handful of options available to them.

What Are People’s Options When They Suffer with Allergies to Trees?

It may sound like people who are allergic to certain trees have few options available to them, but that isn’t necessarily true. Some people’s allergies are so bad they end up moving to a better climate with less trees, but that’s not an option available to everyone.

Allergy sufferers have choices that usually include the following:

People can also get an allergy test which, while not pleasant, will tell them exactly what they’re allergic to so that they can decide how best to handle their allergies afterward.