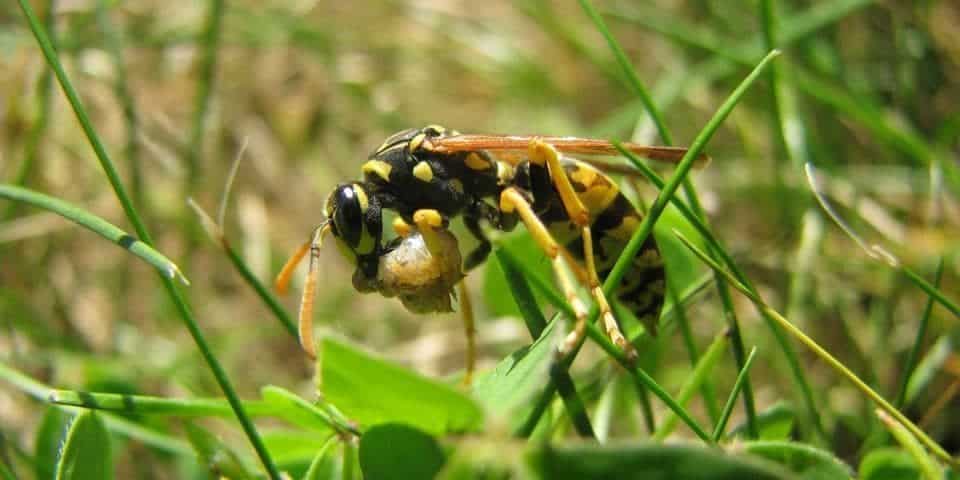 The diets of wasps vary greatly, so there are few hard-and-fast rules regarding what wasps eat. As a general rule, most wasps prefer to eat nectar, fruit, and insects, but many of them have been known to eat a lot more than these things. Both solitary and social wasps have their preferences when it comes to the foods they eat, and all wasps have diets that are more varied than many people realize.

Wasps have diets that vary with each species; however, most wasps will feed their larvae bits of insects that they have killed and chopped up themselves. Adult wasps eat insects and other pests, as well as sugars from aphid honeydews or the sugars found in nectar. In addition, they often come out looking for the same types of food that humans eat, including fruit.

Types of food that wasps eat

There are numerous animals that eat wasps, and these include the following:

The Diet of Wasps

There are over 20,000 species of wasps so naturally, their diet is going to vary greatly from one species to another. Larval wasps typically eat only meat, because they have to rely on foods that are brought to them. Therefore, they normally eat insects such as beetles, spiders, flies, and many others. The adult wasps sting and paralyze the animals, then bring them back to the nests for the larvae to feed off of.

Larvae also feed off of regurgitated nectar brought back to the nest by the workers, and this nectar can come from honeydew, nectar from various plants, and even the juice from caterpillars. Often, the larval wasps actually feed the worker wasps when the workers lick a sugary liquid off the mouths of the larvae.

Solitary wasps are a parasitic type of animal, which means they lay their eggs inside of other living insects. The larvae will feed within the insect and eventually kill it. Some of these wasps can also bring certain insects back to the nest and place those insects inside the wasp eggs. This way, the young can continuously emerge from the egg and will have food to eat.

Sometimes, a wasp’s diet will change over time, with different foods being consumed at different ages. Since insects are easy to catch and eat, baby wasps typically choose this type of food. When they get to be adults, they usually prefer prey that they can sting, paralyze, and eat. Adult wasps love nectar and fruits as well.

There are some wasps who are very aggressive, and these types of wasps will actually drink the blood of the honey bee in some instances. In fact, they are sometimes so aggressive that they will attack the nests of these bees and steal the honey inside of the nests. In addition, wasps can frequently be found eating human foods that are sweet, including jam, cakes, and pies.