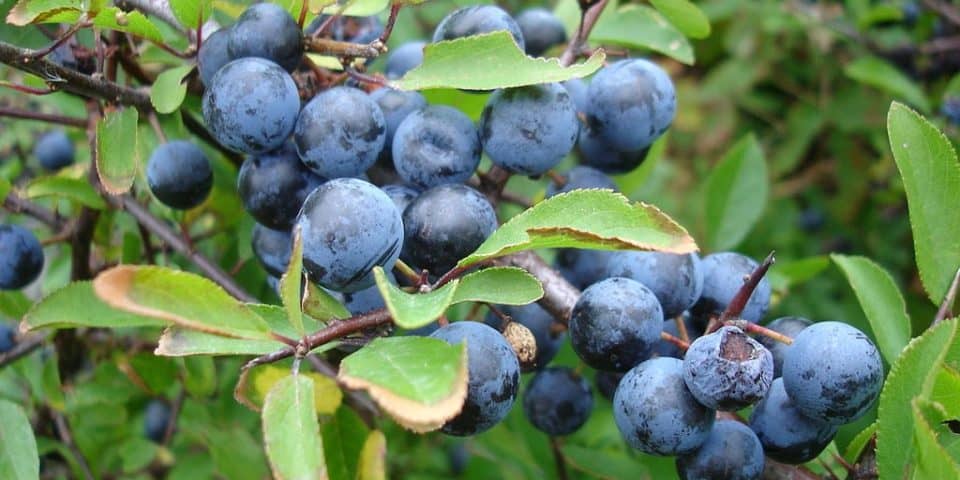 Plum trees are easy to grow and produce delicious fruit that nearly everyone loves. Juicy and sweet, there’s nothing like a plum to satisfy the desire for a mid-afternoon snack and there are many types of plums to choose from. To prove that, here are 23 great types of plum trees for you to plant in your home orchard.

Plum trees are reliable trees that are easy to grow, making them a favorite for a lot of homeowners. Plums can be used in jams, sauces, and butters and they can be eaten fresh right off the tree. They can be found nearly everywhere in the world with each area specializing in different types.

Plum tree types vary and the type you choose depends largely on where you live because each type works best in certain climates. As a general rule, there are three main types of plum trees: American, Japanese, and European.

European plums are very hardy while Japanese plums tend to be more delicate. American plums are usually hybrids that combine the European tree’s hardiness with the great taste of the Japanese plums. These hybrids have even been known to survive extra-cold winters.

If you love fresh fruit and are curious about plum trees, you should first research the different types so that you choose the best one in the end. Read on if you’d like to know more about these prolific trees.

Japanese plum trees actually originated in China and have very juicy flesh, although their taste isn’t as sweet as the European variety. If you’re interested in canning plums or eating them fresh off the tree, the best types to choose are the:

Japanese plum trees get up to 30 feet in height and have evergreen leaves. They produce fruit in late winter to early spring.

One of the biggest advantages of European plums is their versatility as they can grow well in both cold and hot temperatures. They are high-quality plums that are extra sweet. Two of the most popular types include the:

Also known as bush plums, American plums are winter-hardy but still do well when planted in areas of the Deep South, such as Florida. The plums usually have a flat stone and a red or yellow color and they are quite small with a diameter of only three-quarters of an inch.

There is also a beach plum that is great for preserves and whose tree can be pruned to a shrub shape. Beach plums also do well in poor, sandy soils.

Native to southeast Europe and western Asia, cherry plum trees include the wild types that come in either small trees or even shrubs, getting up to roughly 40 feet in height. They are one of the first European trees to flower in the spring.

There are many types of cherry plum trees and they are commonly used in landscaping as ornamental trees because of the beautiful colors of the plums.

These “cherries” are actually plums and consist of hermaphrodite flowers that are pollinated by insects. The fruit grows to roughly half an inch and is incredibly sweet, which is why it is a popular choice for making pies.

Japanese bush cherry trees are also very versatile as their leaves are often used to make a dye that is greenish-gray in color.

One of the many plum tree types found in Europe, the Damson plum is fairly small and has a slightly astringent taste, which is why it is often used to make jams, jellies, and fruit preserves. Damsons are high in sugar and have a sweet flavor as well as a slightly oval shape.

The fruit of the Damson plum tree is harvested from late summer to fall, depending on the specific type, and it takes awhile for the tree to start producing fruit after you purchase it.

The Chinese plum tree is native to China, is deciduous, and produces small fruit. You can now find these trees in areas such as the United States, Australia, Korea, and Japan. The flesh is yellow-pink in color. Once it’s fully ripened, you can eat this plum right off the tree.

Chinese plums are often used as flavorings for foods such as liqueurs and candied fruits and they are a source of antioxidants when eaten fresh.

Native to western Asia, Europe, and parts of Africa, these fruits are used to make sloe gin in Britain and the wood is used to make walking sticks and shillelaghs in Ireland. The leaves are nearly two inches long and the fruit is small and black or bluish-purple in color.

The sloe plums ripen in August and are usually harvested after the first frost occurs. They are not the same thing as the cherry plums.

Native to the Appalachian region of the United States, Allegheny plums grow on small trees or shrubs that normally only get to around 12 feet tall. The leaves are roughly three inches long and the fruit itself is dark reddish-purple in color with a whitish bloom.

Allegheny plums are most often used to make preserves, jams, and jellies.

Also known as sour plums or sand plums, Oklahoma plum trees grow to roughly six feet in height and have very tall leaves. The fruits themselves ripen during the summer months and although the red fruits are usually not eaten, they used to be dried and saved for the winter by Native Americans.

Oklahoma plums are found in states such as Colorado, Texas, Oklahoma, Kansas, and parts of Arkansas and Louisiana.

Grown mostly in the central part of the United States and northern Mexico, Mexican plums are dark red or purple in color and ripen in the fall. The trees grow white fragrant flowers in early spring and do best in growing zones 7-9.

Mexican plums are one of the many plum tree types that produce great fruits for making preserves.

Flatwoods, or hog plums, grow on trees that can get up to 20 feet high and 15 feet wide. Compared to other plum trees, these trees grow fruit much later — usually from August to October. The trees have white or cream-colored flowers and fruit that is round and purple in color.

Flatwoods plums are usually used for jams and jellies. They produce large crops only every three to four years.

Also called Cherokee or sand plums, Chickasaw plums are red in color and grow on trees that get up to 20 feet tall and 20 feet wide. Until the plums are fully ripe, they are rather tart and resemble cherries. They ripen in late summer and need water and dry or sandy soil to grow.

Chickasaw plums are low maintenance and turn more yellow when they start to ripen. You can eat them raw or use them in jams and jellies.

Also called black plums, Canada plums grow on trees that get up to 33 feet in height and have broad, wedge-shaped leaves. The attached flowers are white or pink in color. The fruit is slightly oval in shape and has a thick, very tough skin.

Orange or dark red in color, Canada plums are very juicy but somewhat sour and they can be used to make pies, preserves, jellies, and even to cook. The trees are even able to withstand hard, cold winters.

Thicket plums are one of the many plum tree types that make good food for birds and other wildlife. They are typically found near water sources such as streams and their flowers usually bloom in either March or April.

Also called creek plums, thicket plum trees are native to the United States and are found in areas such as Kansas, Kentucky, California, Missouri, and Tennessee, to name a few. They are often used to produce dyes of greenish-gray color.

Apricot plums are native to China but were brought to the United States in the late 1800s. The tree gets to 20 feet in height and the flowers produce virtually no pollen. The fruit itself is a very dark red and the branches are slender. The fruit is also very aromatic and has a pleasant smell.

In addition, apricot plums are a little flatter than most other plum types, resembling more of a tomato than a plum.

These plums grow on thorny deciduous shrubs that reach around 17 feet in height. It is native to Texas but is now considered a critically endangered tree type. Unlike other plum tree types, many people have never seen these types of plums because they are so rare.

Murray’s plums are red with white dots and are hairless. They have a wax-like coating on the outside and white flowers that appear at the same time as the leaves do.

Also known as Pacific or Sierra plums, Oregon plums are found mostly in California and Oregon and have white flowers with pink dots on them. The trees get to roughly 27 feet in height and have dark green leaves that are one to two inches in length. The fruit itself is small and tart.

Oregon plums can be red or yellow and even though they are tart, they are still edible and tasty. The tree grows in forests, usually in low elevations near the coast.

Morris plums are fairly large and bright red in color. They were created especially for people in growing zones 5-9. The tree can grow up to eight feet tall and the fruit itself is very sweet. These plums were developed at Texas A&M University and have skin that is very smooth.

As with other plum tree types, the Morris plum tree needs to be planted with a pollinator because it is not self-pollinating.

These trees grow up to eight feet high and produce medium-sized fruit that is fairly sour and often used to cleanse the palate between dishes. Although it is green in color, the plum will turn pale red when ripe. It has a mildly sweet taste when it is ready to be picked.

The green egg sour plum trees do best in zones 5-9 and are appreciated by people who like a more acidic-tasting plum, especially if they sprinkle a little salt on it first.

Greengage plums are a type of European plum and are often smaller than other types. Greengages are oval-shaped and have a very smooth texture. Their flesh is usually pale green in color. They can also be a yellow or pale blue color in some instances.

Greengages are usually grown in very temperate areas and are known for their rich flavor. In fact, when it comes to dessert plums, these are some of the best ones available today.

Superior plum trees can get up to 15 feet in height and the fruit is rosy-red in color. Its taste is rich and full-bodied and it is perfect for eating right off the tree. Superior plums are some of the first plums to ripen, which usually happens in mid- to late-August. It is perfect if you want a quick-growing plum tree!

Superior plum trees are perfect for zones 4-8 and need pollination and full sun to thrive.

Ruby sweet plums are a type of Stanley plum and are perfect for growing zones 6-8. The fruit is juicy and sweet and the tree can grow up to 20 feet in height.

With beautiful fragrant white blossoms, the Ruby sweet plum tree has deep green foliage and can produce up to 100 pounds of fruit each year once it starts producing. It bears fruit in late summer and is a beautiful shade of ruby red, hence its name.