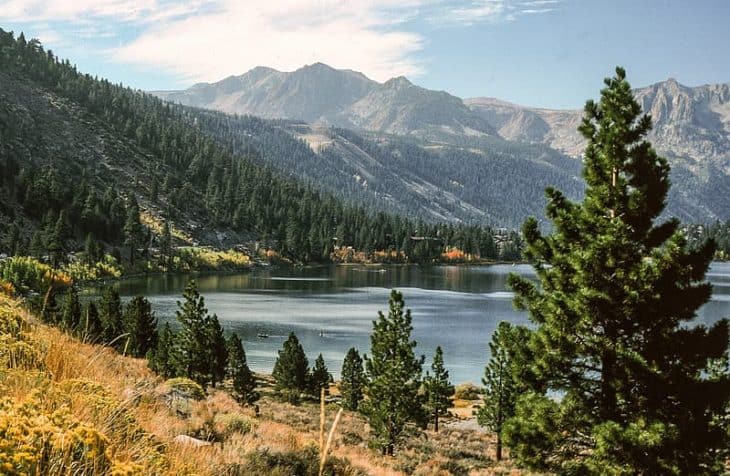 Washington State is known for its beauty and its vast landscapes, and it should come as no surprise that there are a lot of trees there – 32 different species, in fact. Its nickname of “The Evergreen State” suits it well, but in addition to evergreens, it is even home to trees that can help fight cancer, as well as four main kinds of Pine Trees.

With 32 species of trees, chances are good you’ll find a tree that you love in this state. The climate is good for growing all sorts of trees, so whether you love pines, firs, spruces, or cedar trees, you can find them almost everywhere you go in the state. Pine trees are also commonplace, and they are even used to protect streams and prevent erosion, in addition to various construction projects.

If you’d like to learn more about the pine trees in the state of Washington, you can keep reading because the following are details about each of the four types found.

With four different subspecies and a twisted, bent shape, the lodgepole pine grows from 130 to 160 feet in height and has prickly cones that are quite small at no more than three inches. It is also known as the tamarack or shore pine, and it is found most often in dry montane forests or near the ocean, which the state has a lot of. It is rarely found in lowlands.

The needles of the lodgepole pine grow in pairs, and their egg-shaped buds get to roughly 1.25 inches in length. In other areas of the world, the needles grow in groups of one to five, but this is mostly in the Yukon and in Alberta, Canada.

The Ponderosa pine is also known as the blackjack or bull pine, and it is a huge tree indeed. With typical heights of 235 feet, in 2011 one was recorded at a whopping 268 feet. The trees were uprooted and involved in nuclear testing in Nevada in the 1950s, and the reason they are called blackjacks is because loggers once gave them that name due to their dark-black bark.

The large, bushy needles grow in groups of two or three, and these bright-green needles make the tree a little unique from other pines. Furthermore, much like other types of pine trees, the Ponderosa pine is often seen in public areas such as parks and gardens.

Western white pines grow 100 to 160 feet high, and their cones and leaves are very large. Since it is so commonly found in the northwestern part of the country, it is often called the Idaho pine, and you can even find these pines growing at sea level. The needles grow in bundles of five and are finely serrated, giving them an elegant look.

With long, slender cones that can get up to about a foot long, the seeds are small and have a small, slender wing. The tree is sometimes called a silver pine.

The whitebark pine is sometimes called a creeping pine and was used in the past by Native Americans who ate the nuts of the cone. Its needles grow in groups of five, and the cones are average-sized, usually two to four inches long. The tree is part of the white pine group. Other names for the tree include the scrub pine and the pitch pine.

Since 2011, it was recommended that the tree be protected so that it doesn’t become extinct, but the efforts to put this into effect failed. However, in Canada the following year, the whitebark pine tree was declared to be endangered in that country.

Besides the state of Washington, the Pinus Albicaulis is also common in other west coast states such as Oregon and Idaho.